I had my third IUI this morning. And I’m optimistic. Because we win either way:

if it’s a BPN because the universe hates us: the hospital will FINALLY do additional exams (blocked tubes, endomytriosis, and some other shit I just don’t know about, but please, just put all your hospital equipment into my vagina to find out what the hell is wrong with me). So I can maybe have an answer for almost 2 years of trying. 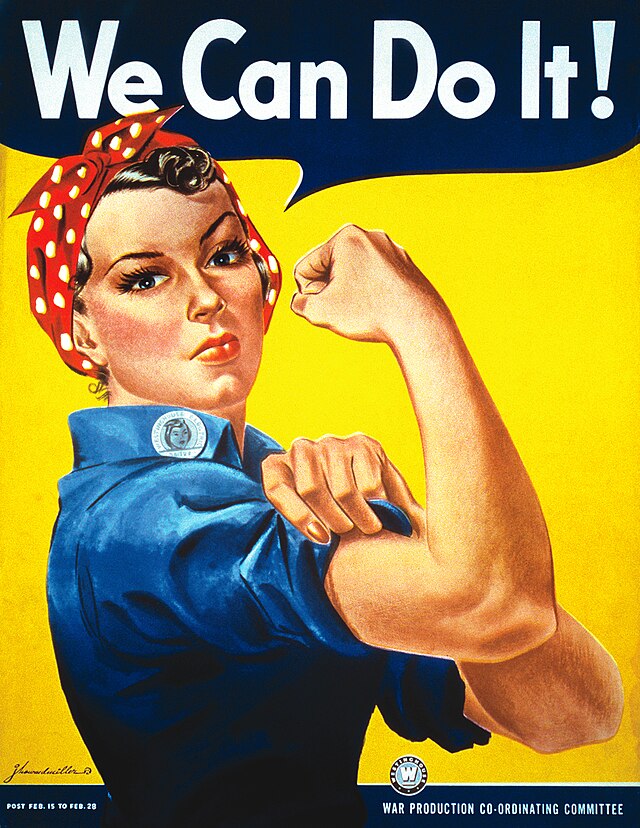 So we are going to do the third round of IUI. I’m really going to try not let it get to me emotionally this time.

Unfortunately I had a really sad conversation with my brother. What is it with family members anyway? They always “know best”.

My big brother means the world to me. So maybe that’s why his words hurt more than for example the rant of my brother-in-law a few weeks ago.

My brother thinks that I can’t get pregnant because I’m not really wanting it. He thinks that because he and his wife tried for one year, but at the same time her big sister was trying with IVF, and it was’nt working. So when her sister finally got pregnant, then, suddenly, my sister-in-law and my brother were pregnant. He blames it to the psychological aspect: his wife didn’t wanted to get pregnant before her big sister. As soon as the big sister was with child, her emotional bloccage was gone.

Hey, if they believe that, that’s fine. That’s their business. But to suggest that I’m holding back from getting pregnant because there is some psychological bloccage inside me?

My dad said then: “well, it’s not like she hasn’t been preparing for the baby in the house, look at her perfect ready big house, everything is ready” (thanks daddy for the support!) It’s not like I have bought baby items, but we have a room which will be the nursery and we have two bathrooms when the baby or babies will grow up.

So now my brother was like “oh my god aren’t you READY to be a mother? That’s it then!”

Ok, so, I’m not the picture perfect mother-to-be. I don’t dream of babies since I was 8. I was always a bit afraid to take of children, because I don’t know how to do it. I never babysitted, except for my nephew’s and that was always with my mother, never alone.

I’m not “called” to be a mother, like some of my friends. Do you know what I mean? They’re like MENT to be. They never doubted or feared motherhood. They always talk about kids. I’m, on the other hand, just not the motherly type. My sister-in-law and my brother they are picture perfect parents. They always knew they wanted to have kids. I made that decision only 2 years ago, although I really knew I want to have kids “some day” at 22, when my youngest nephew was born.

Since I wanted kids (2 years already) I’m more and more into it, and seriously, do I have to read babybooks already or buy baby outfits? No I don’t do these things. Because I don’t want to get hurt even more.

I’m taking it step by step. Let’s get pregant first (that’s already a lot of work apparently) and then, only then, I will be into the whole motherhood thing. Not now. What if it never works? Let me bitch about preggo’s and perfect mothers right now, because that’s what I need. Don’t let me wander around a babystore, because I would only cry at the sight of cute little outfits.

I’m certain I want kids though. I want them for 2 years now. I hold the babies of my friends in my arms, cuddle them, and wished I had one. I see my imaginary kid play around the house or going on walks with me. I see this kid around the dinnertable chatting with Hubby and me about all kinds of things and have a good laugh.

Does that cause unexplained infertility? I tried to explain that they only do more tests after 3 failed IUI’s, so we don’t know the cause (yet), but now my brother is convinced. I’m blocking the pregnancy with my mind.

That’s just great. And if he thinks that, maybe so many other people think that too.

Are there any others infertiles out there who are insecure about motherhood? Does that mean that I don’t deserve to get pregnant? Does it mean that it’s my fault? I can hardly imagine that no woman ever has never felt insecure and that I’m the only one…

I thought for a long time that there was this not so secret order, called “the Mothers”, which consists of pregnant women or women that gave birth and can’t stop talking about their offspring and are incredibly bonding.

Every time there is a new preggo in the office for instance, the other preggo’s and Mothers gather round this new preggo, welcome her into the order, chitchat with high pitch voices about that Motherhood is the most beautiful feeling in the whole wide world and just sounds like a bunch of overexcited chickens. No offence but it’s like that in our office.

The same with my friends. Like that time one of my friends announced her pregnancy first thing at my birthday dinner party, so the other guests (of course only preggo’s and Mothers) talked about kids the whole party (the only time they didn’t speak about it was when they handed over my birthday present. I wasn’t part of their chitchat. I didn’t have anything to say about the subject. I cried afterwards and felt guilty about it, like any good infertile woman would do).

I thought that those Mothers now had this unbreakable bond and that, especially with my collegues, it was now this exclusive club where not-mothers and men were not allowed, and they stick to each other and be compassionate about each other.

Of course, I felt left behind. I wasn’t part of the club. I couldn’t tell stories (so I tell stories about my friend’s babies, how very very sad). I still felt compassion though, if something bad happend to one of the preggo’s. Because some of them had pregnancy diabetes and couldn’t eat sugar, one had a tiny premature baby (4!!! months to early!!!), two of them had to lay still because the baby was to far low, etc.

Now one of my collegues gave birth. Her best friend at the office, announced it to us and said it was an emergency cesarean. It was strange that there was not the same exclamations of joy. The majority didn’t seem very interested. My collegues next to me just stayed at her desk, while I turned to listen to the announcement. None of the Mothers takes the initiative to collect money for the babypresent. None of the Mothers took the initiative to collect money for my other collegues who gave birth a month ago.

She had a though birth (the baby’s heart rate dropped) and when I wanted to tell my collegue who sits next to me “hey, you want to know the whole story about the birth, it was horrible”, she immediately interrupted me by saying “yes she had an emergency cesarian, of course it was bad, don’t you knoooow that emergency cesareans ONLY apply if something goes wrong” but she didn’t knew what was wrong and just cut me off. So I said, please, let me tell the whole story, and then she reacted with her usual “ok”.

It hit me then: it is not like I imagined. The Mothers only gather and talk babystuff because they want to talk about their baby. They are only interested in other babies when they can collect information that can be useful for their own baby. You know, conversations are like this: “My baby has diarrhea/vomits/can’t sleep/cries the whole time”. “ooh my baby has that too/my baby is super healthy and such a good boy/did you try xxx because it helped mine” and then they will no doubt say to themselves “lucky me with my good boy/OMG what is wrong with me I’m a terrible mother and she is such a great mother, how does she do that”.

Even Mothers are sellfish in that way. Now I’m not speaking for my best riends, because I know they truly care for each other, but my expectation that it’s one select club who truly are compassionate and bonding is now much lower.

Maybe I’m sellfish too. I also talk about my infertility problems with my preggo friends who would rather not hear about it because they have one and I don’t and it makes them feel bad. Maybe I’m not enthousiastic enough when I hear a pregnancy announcement or a birth because it makes me happy and sad at the same time.

I am truly shocked however at the low level of empathy that the Mothers have towards other Mothers. It seems strange to me that an infertile woman like me has more empathy then a Mother towards another mother. Because, unlike the infertile woman who has serious problems (I’ve been told that it can look like or is post-traumatic stress), the Mother already has the “most beautiful thing in the world”, as they call it.

Seriously, what the fuck.

I went to my therapist today, for the first time in my life. It wasn’t scary at all. I had a very nice young woman, who doesn’t judge. yay!

Unfortunatley, 50 minutes is not a lot of time, so I left with a new appointment and a weird feeling in my stomach, because it’s impossible to brief this person about everything what is going on and what my feelings are.

My first task is to delegate more to other people (easier said than done for this control-freak 🙂 If I can’t deal work-babytreatments-being a “landlady”, than I have to delegate more aspects of renting our house to Hubby. Also I have to try to speak only once a week with hubby about the tenants. So it doesn’t constantly mess with my mind.

She also said that it’s defenitely harder for my than for Hubby and that it’s normal to feel this way. She also answered my insecure questions in a patient way: “no,you’re not mad” and “this conversation wasn’t a waste of my professional time”.

Also, my problems with my tenants are “luxury” problems: yes, I own a house and I rent it, but that doesn’t make my problems with this house less real, and if I can’t cope dealing with it right now because of baby issues, then that’s just how it is.

Ok. It kinda felt good telling my issues to some stranger. Must do that more often 🙂

The baby-free month is also quite relaxing. Yesterday I went to the beach with hubby (of course it rained) and we had a nice dinner WITH drinks. It was nice!

Next weekend I have to go to yet another babyvisit, but it’s my best friend this time and I’m looking kinda forward to it. In the way that only a woman with infertility problems can look forward to a babyvisit. You all are getting this, right…

© Littledragon84, 2014-2015. Unauthorized use and/or duplication of this material without express and written permission from this blog’s author and/or owner is strictly prohibited. Should you like to use something, please contact the author for permission.

Belgium
Back to top